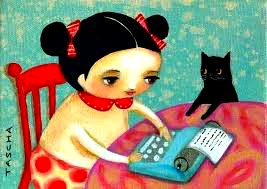 On July 12, 2004,  I was taking classes at the renowned Iowa Summer Writing Festival at the University of Iowa. It also was our elder son, Joshua’s birthday. I was reminiscing about the joy I felt 34 years before when Joshua was born! Little did my husband and I know that one day our perfect and healthy new born baby would have to live with the never-ending challenges of T1D.

As I watched a mental movie of Joshua’s life playing in my mind, the idea for Purr-fect Pals popped into my brain. I could see the entire picture book with the mirror images of Joshua and our cat, Luke. Immediately, I began typing those images into text on my computer. My fingers galloped over the keyboard as I corralled the pictures I began to image.

For the past years 10 years, I have experienced a lengthy, arduous, and challenging journey researching ways to share Purr-fect Pals with children and their families who live with the challenges of diabetes, just as our family has.

To shorten my long story, for a decade, I attempted to collaborate with publishers, diabetes device and pharmaceutical companies to publish and distribute Purr-fect Pals. However, none of my plans came to fruition. It was heart-braking to remain patient and diligent, but I did so because of the passion and commitment I feel about Purr-fect Pals.

I excitedly shared my ideas with my husband, Jordan, who is the captain of my cheer leading squad. As always, Jordan encouraged me and was enthusiastic about the new route I had chosen.

My next call was to Rosario Carrillo. Rosario is an amazingly gifted illustrator, who I asked to create the characters and the cover for the book. I also asked Rosario if she would donate her illustrations, talent, and time. Rosario’s son, Edward has T2D. As a mother with a son with diabetes, Rosario understood my passion for Purr-fect Pals and she said she would donate her artwork!

The following morning, I emailed Lisa Schuble, my former publicist for my What Color Is Your Brain?® book. Lisa introduced me to her friend, Martin Olesky, who also is a consummate publicist and understands how devastating diabetes can be to a family. Martin’s grandmother died of complications from diabetes. I also asked Martin if he would donate his public relations talent and time. I was delighted when Martin said, “Yes!”

My team was almost complete when I contacted my extraordinarily skillful editor,  Jennifer Cahill. Jenn understands how devastating diabetes can be to a family because her husband’s brother and mother have diabetes, and his maternal grandfather had diabetes. Jennifer edited Princess Shayna’s Invisible Visible Gift, which is my family fairytale about an princess who reunites her kingdom and learns to live with the challenges of T1D. I needed Jennifer’s quintessential editing skills for Purr-fect Pals. Jennifer also thoughtfully agreed to donate her editing talents and time!

Now, because of Rosario’s, Martin’s, and Jennifer’s generous donations of talent and time (away from their “compensating day jobs”) and my “terrier–never-give-up” attitude and passion for Purr-fect Pals, I was confident that my Vision to help children and their families understand and manage the “highs and lows” of diabetes and to assure and encourage each child diagnosed with diabetes that they are not alone; they have a “Purr-fect Pal” who knows exactly how they feel; and my Mission to ensure that every child diagnosed with diabetes will have their own copy of Purr-fect Pals would be achieved! 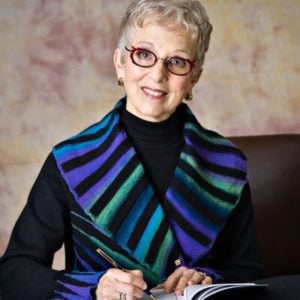