This is the 13th and the last journal entry/blog post from the multi-talented, skillful  and encouraging director, Kim Woycke before the premier performance! My Orange Brain is elated and my Blue Heart is bursting with joy! It is hard to believe that my family fairy tale,  Princess Shayna’s Invisible Visible Gift will be performed this Sunday, May 20th! Last Friday, was the first dress rehearsal.

I had such a grand time the past two Fridays helping the “Costumes Moms”. The children had filled out the Costume Form Kim had given them for their input. Then we worked with each child to make sure  they were happy with their selection and clothes were the right size and color, depending on which villager they were portraying and the role they were playing. The experience brought back many joyful “Costumes and Make-up Mom” memories when I volunteered  for the play in which  Joshua and Noah performed.

After rehearsal Kim distributed the purple Princess Shayna Musical cast tee shirts.  Jordan also had surprise for the cast when he told them to go out see and see our White Falcon, which he drove to the rehearsal. The children were delighted with their cast tee shirt and our antique car.  Just look at the jovial cast members wearing their tee shirts and posing for the picture!

Below is Kim’s journal entry about the “Extended” Rehearsal, including an appropriate Steven Sondheim song.

“Whew!  We are definitely getting into show time!

This week, we met for an extended rehearsal, and had a lot of work to accomplish.  We spend time polishing our musical numbers, and also working on finishing our run-through for the final scenes.

However, our biggest task this week was costumes!  We had some very generous mom volunteers who have stepped up to help us bring our Kingdom of Kindness to life through beautiful clothing.  We are very fortunate, because Trilogy has a wonderful stock of costume pieces that we can select from for our shows.  I had asked each of the actors to bring any pieces that they found at home, but then we sent them up into the costume loft, one-by-one to put their costumes together.  I was able to look at many of the outfits they put together and I am thrilled with what they came up with.  Everything looked great!

Next week we’ll do a full run-through, adding in costumes, and props!  I am really looking forward to the rehearsal, as we continue to put our show together.

I figured I’d end this post by sharing some of the lyrics from Stephen’s Sondheim’s song “Putting it Together”.  Enjoy a peek into the process of creating a musical production, from one of the worlds top musical theater composer/lyricists.  We are definitely LIVING this song right now as we continue to finalize our Princess Shayna’s Invisible Visible Gift Musical!”

Bit by bit, putting it together
Piece by piece, only way to make a work of art
Every moment makes a contribution
Every little detail plays a part
Having just a vision’s no solution
Everything depends on execution
Putting it together (That’s what counts)

(You can view the entire song’s lyrics here http://lyrics.wikia.com/Stephen_Sondheim:Putting_It_Together)

Below are the 11 previous blog post that will guide you through the Princess Shayna Musical production process. You can also read more information on Princess Shayna’s Pages on my website.

4. Students Create Their Own Kingdom of Kindness – Princess Shayna Musical 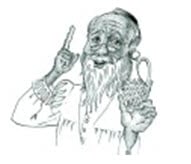 “Sigmund the Royal Wizard says, “Rimsiyavyo,  Discover 5 Ways To Boost Your Brain Power…
Scroll up to the right-hand column on this page and Click on # 3. to  Sign up for Sheila Blog
don’t forget, 10% of the royalties from the sale of Sheila’s books is allocated to JDRF (Juvenile Diabetes Research Foundation) .”