I was eager to share this 8th Princess Shayna Musical journal entry/blog post from director Kim Woycke. The cast had been on Spring Break from school and the rehearsals at the Trilogy School of Performing Arts and I missed blogging about their exciting production progress.

Each week, I eagerly await Kim’s journal entry and delighted to read how she weaves the Brain Colors into her directing, writing and scene staging from the chapters in  Princess Shayna’s Invisible Visible Gift.

Have Fun reading this Orange Energetic post from Into the Forest and Treacherous Trio (Meevillain, Mennis and Meene) chapters.

“This week’s rehearsal was filled with energy.  Today was the last day of school before spring break for our cast members, so the room was filled with orange energy.  It took us a few minutes to focus in and figure out what our tasks were for the day, however we did out best to reign in our orange a bit so we could be productive.

Our goal was to stage scenes 7 & 8.  Scene 7 is Shayna’s farewell scene, so this was a scene that required the entire cast except for our Treacherous Trio.  We zipped through the staging, while the Trio spent some time working with Sydney on their character’s back-story and physicality.

For any non-theater readers, a character’s back-story is their personal history.  In a play, we only see minutes of a character’s life.  We see the events that occur while they are onstage.  However, as an actor we have to think of our characters as full, living people.  It is important for each actor to spend some time and think about the character’s history – their childhood, their family life, their hobbies and obstacles.  These thoughts can help give the character purpose and truth throughout the play.

After we finished staging Scene 7, we decided to move on to Scene 8.  Scene 8 required only a small number of our cast members, so while we were working on this scene, I decided it would be great to utilize the creative and enthusiastic orange energy that the cast displayed earlier, and I asked them to get into small groups and to work on writing some additional songs.  Both tasks went great!  We completed Scene 8 without a hitch, and the small groups made a great start on some interesting and creative songs.

Looking forward to another great rehearsal after the break!”

If you missed any of the early post click on the links below and stay up to date with the Princess Shayna Musical.

4. Students Create Their Own Kingdom of Kindness – Princess Shayna Musical 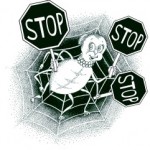 Sarah Spundah says, “Stop and Discover 5 Ways To Boost Your Brain Power… scroll up to the right-hand column on this page

and “Don’t forget, 10% of the royalties from the sale of Sheila’s books is allocated to JDRF (Juvenile Diabetes Research Foundation) .”